EV batteries are the future but we must drive improvements now

Sven Brehler argues that unless designers, engineers, suppliers and consumers work towards EV batteries becoming near 100% recyclable, the environmental benefits of the technology risk being undermined by the level of waste produced

As the new 70-plate cars roll off garage forecourts across the UK, 2020 is predicted to be another record-breaking year for electric vehicles in this country.

A report by Statista published in May forecast that electric vehicles will make up more than 10% of new UK vehicle registrations this year – up from just 3.2% of vehicles in 2016.

It is vital now that all of us involved in the EV industry work collaboratively to help the sector grow in a sustainable way.

As electric vehicles become more popular, the number of EV batteries coming to the end of their usefulness on the road will soar. But whereas traditional lead-based car batteries are commonly recycled in the UK – so much so that the majority of a new lead-based battery is recycled material – that is not the case for EV batteries.

The researchers argued that there was an opportunity for the UK to be at the forefront of a new sector in the recycling industry to meet that challenge – potentially not only handling UK EV waste but also profiting by importing and recycling EV waste from abroad.

In Japan, Nissan opened a factory for the refurbishment of used EV batteries for repurposing in electric cars as well as vehicles requiring less power, such as forklifts and golf buggies, and in street lights. Likewise, Toyota has linked units to solar panels to provide power to shops in Japan.

The Faraday Institution – the UK’s independent institute for electrochemical energy storage research – has suggested that recycled material could be a key input for the eight Gigafactories it forecasts the UK will need by 2040 to meet domestic demand for lithium ion batteries.

Securing the raw materials these factories will need, could be a mammoth task in the face of a global rise in demand, and the fact the mines producing the minerals needed aren’t exactly on our doorstep. Lithium and manganese production is dominated by Chile, Australia and China, but the majority of cobalt comes from less stable countries, in particular the Democratic Republic of Congo. Concerns have already been raised by some experts that mining output of some of these minerals will not be able to keep pace with the growth in demand for electric vehicles.

While the Financial Times reported recently (6/9/20) that a number of companies are investing in Cornish mines in the hope of sourcing low-cost lithium domestically, a secure supply from recycled sources of the minerals needed for EV battery production in the UK would provide assurance that output could continue no matter the political situation in other countries.

Work is already underway on joint projects organised by the Faraday Institute and involving scientists and industry to increase the efficiency of batteries and make them more environmentally friendly.

The aim of the ReLiB project (Reuse & Recycling of Lithium Ion Batteries run by The Faraday Institution) is to secure the recycling of close to 100% of the materials in lithium ion batteries in the automotive sector, by identifying and removing the technological, economic and legal obstacles to it. It includes developing new methods of isolating the minerals used so they can be recycled, identifying second life uses for the components, reviewing the regulations on battery recycling to ensure they are fit for purpose – and of course encouraging the development of new businesses to actually carry out the recycling process.

All of us involved in the EV industry have a role to play in improving the sustainability of the market. Some parts of a lithium ion battery are already reusable as are the fasteners and components within EV battery housings, busbar assemblies and electrical connectors within the battery, as well as in the charging sockets and facilities.

At the end of the battery’s functional life, these should be easily removable for separation and recycled for use in other products, whilst allowing easy recovery of the spent battery cells.

But if we are to move to batteries that are near 100% recyclable, we need to do more.

Those designing the next generation of EV batteries must consider at the start of the process – rather than as an afterthought, or not at all – how units will be disposed of. How can we make the product as efficient and effective as possible, but still ensure its constituent parts can be quickly and easily separated for recycling when it runs out of juice?

If we are to keep the cost of replacing and recycling units down, we need to develop greater standardisation of batteries so that a one size fits all system can be created for end of life disposal of all of the constituent parts.

In addition, unless there is a sustained focus on tackling the end of life situation for the current generation of batteries, the green benefits of the technology are at risk of being undermined. 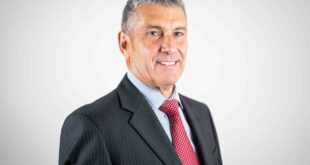