As uncertainty looms over the UK economy, engineering businesses were forced to hike up their pay in August, in a bid to combat a typically tricky period for hiring. In fact, the latest job market data from the UK independent job board, CV-Library, reveals that salaries for new roles in the industry have risen by 1.2% year-on-year.

Despite this upward trend, the findings, which analysed job market data from August 2019 with the same period in 2018, also reveals that there were 1.4% less jobs on than last year, suggesting that employer confidence has taken a hit.

Lee Biggins, founder and CEO of CV-Library, comments: “Given the busy holiday season, August is a notoriously tricky time to hire, so it’s clear that employers across the engineering industry are feeling the pressure to pull out all the stops to attract job hunters to their roles.

“In reality, times are tough for businesses across the sector right now and we cannot view these dramatic salary increases as an improvement in the UK job market. Particularly as there are less jobs on offer than a year ago. We know that there is a storm on the horizon in the form of Brexit, which is leaving many organisations facing a huge sense of economic uncertainty.”

Interestingly, job hunter activity appeared to pick up last month, with job applications increasing by 13.2% across the engineering sector; a probable result of the rise in salaries.

As a result, the application to job ration jumped up by 14.8% last month.

Biggins continues: “The national employment rate is at an all-time high and many employers are still struggling to fill their jobs in the engineering industry. There is still an evident skills shortage in the UK, which has clearly resulted in a huge jump in pay. For now, we’ll need to sit patiently and wait to see what happens with parliament in the coming weeks.” 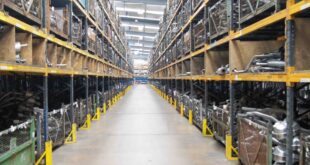 How the automotive aftermarket is adapting to a post COVID world 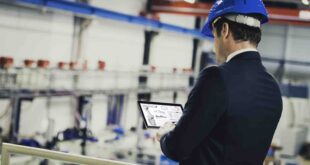 CO2: time to be honest

How the industry will change for the better post-COVID-19