How batteries improve the hotel experience

After a difficult period in 2020, holidaymaker numbers are set to grow in the coming months, starting from English Tourism Week in May 2021. With this increase on the horizon, Robert Brown considers why hoteliers should invest in both hotel robot and smoke alarm batteries now

According to a recent survey, 52% of UK business travellers believe that automated technology such as robotics would make their trips safer.

As a result of COVID-19, safety is becoming an ever-increasing concern for hotel guests but, as hoteliers focus on implementing new measures to make the premises safer, could more basic safety precautions like testing smoke alarm batteries get neglected?

With preparations underway for an influx of new visitors in the months ahead, it’s important for hotel managers to consider the vital role of batteries in helping visitors feel safer.

In 2018, the first robotic hotel concierge was used in Italy. Named Robby Pepper, it was designed to speak four languages, interact with guests and function just as a human concierge would. Robby quickly gained worldwide recognition and paved the way for the popularity of customer service robots.

However, considering the COVID-19 pandemic, robots like Robby are no longer just a novelty. They can help hotel guests to feel safe, by removing the need for face-to-face human interaction.

Therefore, guests who have chosen to stay at the hotel based on the robot may be disappointed if it was not operational during their stay, due to power failure. This means that sourcing robot batteries from a professional battery manufacturer, such as Accutronics, can be invaluable. Accutronics started out designing, manufacturing and distributing batteries for military and medical applications where power failure is not an option. This reliability is built into its robotics batteries too.

Do not forget smoke alarm batteries

As smoke alarms are a vital, legal requirement in hotels; Ultralife recognises that powering them reliably is a key priority for hotel managers and, with improvements in battery technology, many smoke alarms can now use 3V CR123A cells instead of the traditional 9V.

For that reason, Ultralife is now continually focussing on expanding its range of CR123A cells. Built in the same way as the Ultralife Lithium 9V battery, of which over 100 million have been sold worldwide, the cells are robust, reliable and rigorously tested.

By utilising the latest battery technology, hotel smoke alarms and robots can be powered more reliably, giving guests peace of mind that their hotel stay is as safe as it can be. 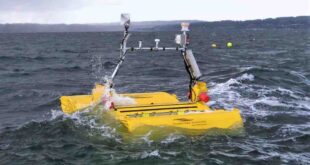 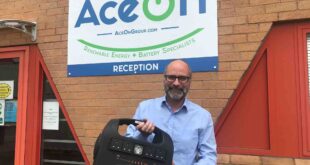 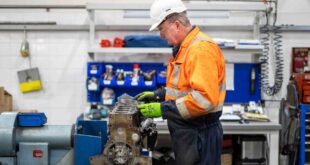 Is your engine summer ready?

Engine maintenance is important all year round. However, in the warmer summer months, we often …