The fundamental concepts that keep a well-designed engine running are quite comparable to those of industrial production lines.

While they perform entirely different tasks, achieving continuous, smooth and efficient operation is heavily emphasised in both cases.

For the engine, the flow of coolant and oils keeps things turning over, but for a production line the flow of data is imperative.

There’s an engineering folktale that supposes Henry Ford once balked at a $10,000 bill for consultancy work in diagnosing a generator malfunction.

It turns out the consultant had identified misconfigured field-coils as the source of the malfunction, just by listening to the generator as it ran and scribbling down some calculations. Ford paid the bill in the end.

That story is likely over a century old now, but as its popularity suggests, it still resonates strongly with engineers and plant managers today. It’s an amusing and oft-repeated fable. It crystallises the idea that there’s little more valuable to industry than learned technical expertise, but if mulled over for a second longer, it begs an uncomfortable question: What are you supposed to do when that expertise is not available?

In the modern day, instead of relying on the advice of engineering savants, industry can lean on modern technology.

Historian software systems, combined with thoroughly implemented monitoring equipment, collect data from every available variable on a production line. This confluence of data is collated, analysed and processed through an adjacent manufacturing execution system into a form that plant managers can use to make informed decisions.

If Henry Ford were around today, instead of employing an expensive consultant, he could simply check the plant’s historian software.

The rough running generator would be flagged well before it started making a strange sound, and the root cause would be made obvious by analysis of the generator output voltage and frequency.

For British and Irish businesses, Novotek supplies GE Digital’s Historian software – an object specimen of this type of industrial historian software, which is becoming increasingly vital in supporting modern industry.

This style of predictive maintenance relies on complete, plant-wide data collection and monitoring, in combination with intimate knowledge of equipment parameters, to spot warning signs and set flags well before the equipment exhibits issues.

If the flow of coolant in an engine is improved, it can be made bigger and faster. Similarly, aiming for the goal maximum industrial output and efficiency, the flow of data should be pushed as far as possible.

George Walker is managing director of Novotek UK and Ireland. 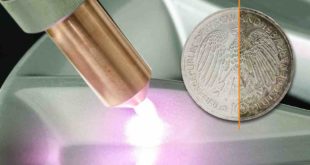 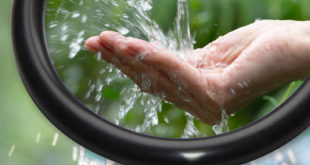