Arguably, there is no industry as highly regulated as the nuclear sector and none where mission-critical safety systems matter more. Gary Bradshaw discusses how simplify approaches to radiation monitoring while saving time and money along the way

Friday March 11, 2011 may have begun like a normal day for workers at Japan’s Fukushima Daiichi nuclear power station, but it would turn out to be anything but normal. A nearby magnitude 9 earthquake set off a chain reaction of events culminating in a containment breach at the facility, which led to the evacuation of over 154,000 people.

The Fukushima Daiichi nuclear disaster is only the second in history to be classified as a level 7 event on the International Nuclear Event Scale (INES), the first being the Chernobyl incident. Ten years on, safety is still at the forefront of the agenda for the nuclear industry and all new systems and protocols for the sector must be developed with that in mind.

Commercial off-the-shelf (COTS) products are ready-made, packaged solutions that are available to be purchased off-the-shelf and can then be adapted by the end user to meet their needs. These purchases are often alternatives to custom equipment and one-off developments. To date, the highly regulated environment in the nuclear sector has made many plant managers reluctant to adopt COTS products, even though they offer some key advantages.

All UK-based nuclear facilities must follow strict guidelines for the radiological protection systems used to monitor radiation levels in the environment. Traditionally, this was done using non-networked wall-mounted radiation protection instruments. In the event of a high-level radiation alert or instrument failure, the monitor would detect and sound a local area alarm.

Regulations set by the Health and Safety Executive (HSE) and the Office of Nuclear Regulators (ONR) have created demand for real-time and historical data monitoring and the creation of safe areas for operators to collect data without entering radioactive areas. To comply with these regulations, networking of radiological protection systems became standard practice.

However, networking monitors increases the complexity of operations. Because traditional nuclear radiation monitoring systems are bespoke, the field of radiation protection instruments needs to be manually networked to a bespoke panel, requiring a skilled professional to spend days wiring and testing each bespoke unit.

Each of these must then be inspected by an external engineer from a regulating authority before it can be certified for use. Again, this takes days to complete.

Furthermore, because the systems are often uniquely designed for a given job, facilities face significant challenges when it comes to maintenance of equipment.

Since the bespoke panels aren’t standardised, maintenance work usually requires third party engineers to conduct a site visit to carry out repairs, leading to much higher maintenance costs than if maintenance work was handled in-house.

The question then becomes, what do you do when it isn’t feasible to use this bespoke method of installation, because of the time and financial burden it puts on a project?

When the National Nuclear Laboratory (NNL) was tasked with installing 130 data collection points to connect large volumes of radiation protection instruments at Sellafield’s nuclear site, it was not feasible to use traditional methods. This would have taken many months to complete and would have cost a considerable amount to run expensive power and network cabling. Efforts to overcome the challenges involved led to the development of the Omniflex RPN1 COTS device.

This gateway device simplifies the task of gathering data from Ultra, Mirion, James Caunt Scientific and other manufacturers’ RS485-type radiation monitors. It then allows you to quickly read and store the data on radiological surveillance SCADA systems.

The RPN1 is a plug-and-play COTS device that was developed in collaboration with Steve Parkin, senior project manager for NNL. It can be installed in minutes and eliminates thousands of hours spent terminating cables in active areas, thereby reducing the personal dose rates that operators are exposed to. It is also standardised, being produced to ISO 9001 quality levels, which eliminates the need for additional third-party inspection during testing and installation.

“Commissioning a traditional system of this nature would have taken many multiples of the time and cost and would have been impossible to install without large outages across the facility,” explained Steve Parkin, senior project manager for NNL. “The plug-and-play design significantly improved project reliability and lowered the installation risk. It also had the added benefit of drastically cutting working hours in active areas of the plant.

“The small footprint of the RPN1, compared to the large panels that are normally required to meet standards, meant we could overlay the system into the aging facility without the need for expensive repositioning of adjacent equipment. This approach allowed us to perform factory tests offsite as a complete system, eliminating 90 per cent of the commissioning time required on site in active areas.

Omniflex’s innovation helped NNL save over £1 million in project costs and ensured that the time spent by personnel in the active areas was greatly reduced. The units have since been used on other Sellafield buildings at the site and are specified to be used on new projects planned over the next five years.

Previous Adhesives: Why ROI is more than just the payback period
Next Commercialising space optics 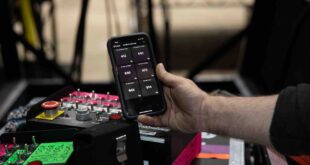 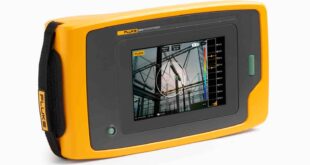 How batteries improve the hotel experience

How PC-based automation can improve efficiency in wind power generation 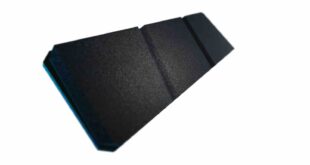 The problems of brake dust