Single-use plastic consumption has increased exponentially during the coronavirus pandemic because of increased demands for disposable PPE and bottles of hand sanitiser. Without immediate action, the annual flow of plastic into the oceans will triple by 2040.

Plastic pollution is on the rise. In the UK, revenues from online food deliveries grew by nearly 12% from 2019, no doubt contributing to increased amounts of plastic packaging waste.

Furthermore, over 1.5 million tonnes of microplastics from hand wash and cosmetics continue to enter, and threaten, the biodiversity of our oceans.

If no action is taken to halt the flow of plastics into our oceans, there will be over 600 million tonnes of plastic polluting them by 2040. To put this into perspective, that’s the equivalent weight of three million blue whales, according to Science journal.

Pew Charitable Trusts, in partnership with SYSTEMIQ and Imperial College London, estimate that 1.3 billion tonnes of plastic will be dumped on land, and in the ocean between 2016 and 2040. To tackle this ugly truth, they developed a roadmap of solutions to reduce these estimates by 80%.

Plastic manufacturers tend to fund efforts to cleaning up waste, rather than cutting down on production. The roadmap highlights this issue. The paper asks for new government laws that discourage plastic production, redirecting funds into subsidising biodegradable alternatives instead.

But bioplastics like PET need specific industrial composters to degrade, and do not break down in the ocean, contributing to the growing problem of pollution.

Given that 100,000 marine mammals and turtles and one million sea birds are killed annually from ingesting plastic, biodegradability is a must if we are to tackle the plastics crisis. To this end, companies must look to alternative materials that can degrade in natural environments.

Bio-polycarbonates developed by Teysha Technologies, are re-inventing bioplastic. If we were to substitute this material across all industries, including cosmetics, packaging, construction and manufacturing, plastic pollution could potentially be cut by 80 per cent by 2040.

Teysha polycarbonates are made from sustainable feedstocks and have characteristics like those of a standard plastic but are fully biodegradable once they reach the end of their life. They have the potential to provide packaging companies with a truly sustainable alternative.

The materials can be developed to boast the required barrier properties to protect products, the necessary tensile strength to avoid tearing and splitting and enough durability to last longer than the product its protecting.

Furthermore, they are compostable meaning they hydrolytically degrade in environments containing moisture. No microbes, anaerobic or industrial composting conditions are required, which makes this technology vital to achieve the aims outlined in SYSTEMIQ’s roadmap. Efforts to reduce the 1.5 million tonnes of microplastics which enter the oceans may also be possible here.

Testing the versatility of bio-polycarbonates is underway, with the aim that these compounds can be used in cosmetics products.

Previous LED vs OLED: know your facts
Next Sustainability quantified

Why teamwork can make the dream work for automation vendors 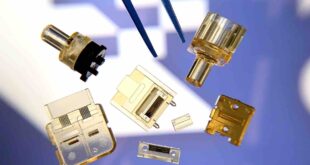 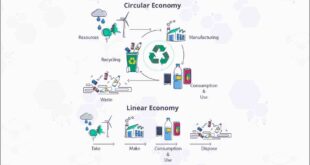 LED vs OLED: know your facts 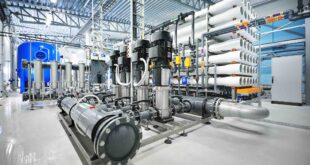 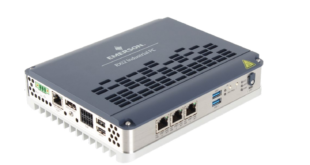 How tough is your industrial operational technology?

Industrial operational technology (OT) is increasingly deployed in harsh and demanding environments, driven by the …