By now, we are all familiar with the controversy and challenges surrounding the usage of hydrocarbon-based plastics, which have fallen from wonder materials to world-polluting menaces in the span of 100 years. One particular plastic, polyethylene terephthalate (PET), has borne the brunt of this global scrutiny. Ben Smye explains why there is still a place for PET in the modern world

It may seem unusual, but one of the best snapshots of modern society’s changing relationship with plastics can be seen in the fashion shows of New York. Several models graced the catwalk with polyvinyl chloride (PVC) bottles of Evian water in the 1980s, silently endorsing single-use plastics to onlookers.

Some 30 years later, during 2019’s New York Fashion Week, Evian launched a sustainable, reusable glass water bottle with a bamboo lid. For a brand synonymous with single-use plastic bottles, the shift to glass — if only for a limited edition range — was a clear reflection of modern anxieties surrounding plastic pollution.

It is worth noting that Evian has also set the target of using recycled PET (rPET) in its bottle production by 2025 to create a somewhat closed-loop and reduce the carbon intensity of its operations.

Plastic pollution has become an increasingly pressing global issue due to the scale of plastic manufacturing, the wide availability of single-use plastic products and shortcomings in waste management of these products. For many, PET has become the face of this pollution problem. Since the 1990s, thermoplastic has been the material of choice for bottled beverages due to its strength, stiffness, barrier properties and lightweight nature.

Mordor Intelligence estimated that more than 80 million tons of PET were produced in 2020 — a large figure, but one that Mordor notes was ‘negatively impacted due to COVID-19’. In the wider plastics market, the United Nations Environment Programme (UNEP) cites a 2017 statistic that ‘more than 8.3 billion tonnes of plastic has been produced since the early 1950s’, of which 60% has ultimately ended up in landfill, oceans or landscapes.

Based on this, we could estimate that, of the PET produced in 2020, 48 million tons will wind up in landfill or as plastic pollution. This is problematic because of PET’s notoriously long degradation rates and the way in which it breaks down over time.

In a 2020 paper in the European Polymer Journal, Tian Sang et al. comprehensively reviewed the degradation conditions of PET. The paper concluded that the ability of PET to degrade — whether it is via accelerated weathering, hydrolysis or photolysis — is highly dependent on temperature and time. In the cases that most closely resembled natural conditions, the bulk of the polymer was unaffected by reaction conditions, with only the surface chemistry altering.

It’s from chemical bonds breaking on the surface of the plastic that we encounter the issue of microscopic plastics. First defined in 2004 by Thompson et al. as up to 20μm in diameter, more recent definitions encompass plastic fragments up to 5mm. Although plastics such as PET do not naturally biodegrade, exposure to certain environmental conditions can cause a partial breakdown.

Despite the environmental issues, PET still has its functional merits in a more sustainable world. If used and managed in a responsible way, manufacturers can get the benefits of PET, but with a lower carbon footprint and fewer concerns of pollution.

In many ways, it would arguably have been a better decision for Evian’s 2019 limited edition reusable glass bottle to be made of a durable PET. Doing so would have made a strong statement on the nuance of the plastic debate.

One of the primary problems with the likes of PET is the role it is designed into. If a PET bottle is designed to be used once and discarded, the premise of the application itself is wasteful. Plastics such as PET are better suited to longer-lasting, multi-use applications.

For example, a reusable bottle made of PET would not be in landfill or recycling plants within a week after purchase. In effect, it is captured carbon that is being used sustainably. In this sense, there is a responsibility for product designers to rethink the long-term use of their products if they wish to use hydrocarbon-based plastics for application areas such as packaging.

Most of the PET that is listed on Matmatch reinforces the idea of long-term use, with many being used in applications such as mechanical systems, conveyor rollers and automotive components.

Another way of using PET responsibly is to ensure it is recycled and that rPET is incorporated into new product designs. Currently, PET is the most recycled plastic, with PET resin having a recycling rate of approximately 58% in Europe as of 2017. Recycling PET reduces the need for additional raw materials, with it being possible to use up to 35 per cent recycled granulate in the forming of new bottles. Given that one of PET’s raw materials is crude oil, the 35 per cent reduction has a direct environmental benefit.

Contrary to widely held belief, recycled polymers do not always suffer from a loss of performance compared to newly produced plastics. An example of this is the VYPET material portfolio by Lavergne. These rPET resins are produced predominately from post-consumer recycled plastics, occasionally reinforced with other materials to enhance the core PET properties.

VYPET resin boasts the durability, high stiffness, high-temperature and chemical resistance and lightweight structure of PET. This makes them ideal for even demanding applications, such as automotive parts, electric motor insulation or structural components. For example, VYPET VNT 615FR is a flame-retardant PET compound reinforced with fibreglass. It is designed specifically for electrical and structural applications, owing to its dielectric strength of 37 kV/mm and excellent mechanical properties.

PET’s popularity has persisted because of the properties it provides, which can be challenging to perfectly replicate with alternative types of plastic. To continue making the most of this plastic, there must be a shift in how product designers perceive the material, as well as greater adoption of rPET among plastic suppliers.

The continued use of PET depends upon it assuming a new role, as a plastic of long-term permanence rather than of single-use products. If models are to take to catwalks with plastic bottles in hand, it should be a reusable bottle of rPET — showing that the once wonder material still has a place in a sustainable world. 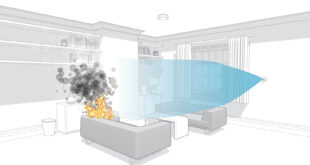 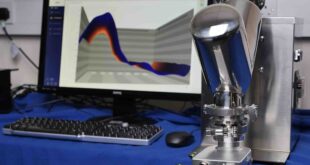 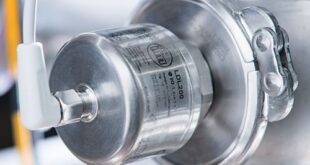 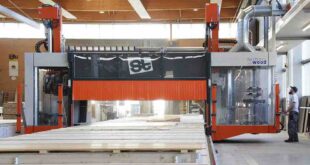 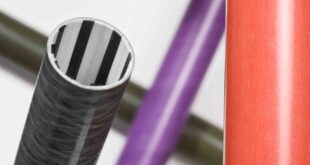 What are the advantages of thin-walled composites tubes?