Thanks to Lithium battery technology, robots are not just something we read about anymore but are becoming synonymous in our daily lives, both at home and in all manner of industrial environments - including papermaking
Share

When the word ‘robot’ is mentioned, most people conjure up images of bulky, flashing, tinfoil-covered machines from old sci-fi, like Lost in Space or Dr Who. Back then, little more than a man in a suit, metallic spray-paint and a ring-modulated audio track was enough to create a robotic superstar, but today’s world is filled with genuine robotic celebrities. Robert Brown investigates.

When looking for mechanical superstars, we should turn away from the sci-fi and instead look towards the science. Since the turn of the millennium, robotics has come forward in leaps and bounds.

All sorts of companies run cutting-edge robotics research, ranging from international industrial corporations like Honda, to smaller, highly focused teams such as those over at the Massachusetts Institute of Technology (MIT) robotics spin-off, Boston Dynamics.

One robotic celebrity that you’ve likely heard of are Boston Dynamics’ quadrupedal robotic dogs. You may, in fact, be one of the eight million people who watched the video on YouTube. These bots can walk, hop, skip and jump entirely autonomously, as well as steady themselves using intricate gyroscopic balancing systems.

BigDog was the first of these quadrupedal robots to gain public attention. At three metres long and 76cm tall, these imposing, large-dog sized machines were originally imagined and designed to act as autonomous pack-mules for military operations.

Quite unusually, as we’ll find, BigDogs were powered by a small, two-stroke go-kart engine.

Alternatively, many teams have taken a different approach and developed androids – robots that resemble humans. Honda’s ASIMO is possibly the most famous real-world example of an android, having taken its first public steps in October 2000.

Unlike BigDog, ASIMO was originally powered by a nickel-metal hydride (NiMH) battery but this was replaced with a lithium-ion alternative in 2004 to increase the amount of time ASIMO can operate for before needing to be recharged.

Robots at work and home

Thanks to Lithium battery technology, robots are not just something we read about anymore but are becoming synonymous in our daily lives, both at home and in all manner of industrial environments – including papermaking.

Perhaps the most well-known form of industrial robot is the automated guided vehicle (AGV).  China alone has seen AGV adoption more than triple since 2009, and that number is predicted to ramp up dramatically through the 2020s.

These robots generally operate by electric motors, powered by a battery. This will be kept topped up using some kind of recharging capability, for example wireless inductive systems, simple contact-to-contact docks or hot-swappable battery packs.

Industrial robots of all shapes and sizes have been relatively commonplace since the early 1960s, but it’s only relatively recently that robots have entered public or home spaces. Just like their industrial brethren, these robots come in all sorts of configurations, and therefore have similarly widespread issues to tackle when powering them.

In the home, robotic vacuum cleaners are likely the most publicly recognisable examples of AGV-style robots. Akin to hoovers, Pritt-stick or Sellotape, most members of the public seeing a little AGV vacuum would call it a Roomba without a second thought. More than five hundred thousand people search for the Roomba directly each month, so it’s not a stretch to say it’s a household name.

Other organisations have thrown down the gauntlet to the Roomba hegemony, however, such as Coral Robotics. Coral One is an AGV vacuum cleaner along the same lines, but featuring a handy, removable handheld vacuum docked to its back. This represents a unique power challenge, as both the high-power AGV and the equally powerful handheld vacuum must be kept topped up, entirely automatically.

To achieve this, the Coral One uses two distinct battery packs; one for the vacuum cleaner and another for the handheld vacuum.

Ultralife offer lithium-ion soft packs, that utilise 18650 size cells, which are ideal for such applications because the voltage varies from 3.6 to 14.8V depending on the chosen series and parallel cell configuration.  So, a smaller pack can be used in the handheld vacuum and a larger pack in the vacuum.

Moving up in scale and from the home to public spaces, another standout example of a service robot working in a human environment comes from Finland. Here, one library employs little AGV-style robots as its librarians. These bots, named Veera, scoot around Helsinki Central Library Oodi all day, collecting and delivering books with their amicable googly eyes.

Veera and its siblings run on a lithium-based battery pack that is recharged by the robot interacting with a shin-high, wall-mounted port. The battery and charging solution are both carefully designed to perform well in the library environment, which is where a bespoke battery and charger design can prove invaluable.

Robots for which reliable power is vital for success

The tasks performed by these friendly bots frees up the human librarians to perform less laborious tasks, so the outcome of a power failure isn’t really much to worry about.

However, power failure is not an option available to every service robot – medical systems in particular. Here, we come to the da Vinci surgical robot, another real-world robotic celebrity you may well have heard of.

Systems like the da Vinci have become renowned for expanding the possibilities of surgical procedures while also reducing invasiveness as much as possible. They’re well-suited for particularly small or delicate surgeries, such as urological work and keyhole surgery.

But possibly the most exciting aspect is that these robots can be operated remotely, meaning a highly specialist surgeon can perform an operation from hundreds of miles away.

However, as previously suggested, surgery isn’t a task that can casually be put aside while waiting for a power fault to subside, making battery backup a strict requirement of surgical robots, and medical devices in general.

The backup batteries used in da Vinci can provide power for up to 20 minutes of work, giving surgeons the time to make a patient safe in a power emergency.

As with stationary industrial bots and AGVs, the typical first choice for this kind of backup power was the sealed lead acid (SLA). The URB12400-U1-SMB is a perfect, drop-in modern replacement.

Up in the air

So far, we’ve covered wheeled and stationary service bots both large and small, as well as bipedal and quadrupedal robots. All these are quite logical, easy to understand and could have come from the mind of 1960s-era pulp sci-fi writers.

There’s another recently developed concept that they failed to predict, however – the quadcopter drone.

You’ve doubtless seen footage of or from one of these robots. They’ve added another tool to the belt of researchers, search and rescue operations and cinematographers to survey and capture footage impossible to acquire by any other means.

Strapping a camera to a quadcopter, combined with video headsets, has also seen development of the new sport of first-person drone racing. This sport has quickly found its audience worldwide.

Conceived in Australia towards the end of 2013, the first international drone racing world championship was hosted by China in 2018 and saw an Australian teenager take away the top prize.

This is just the beginning. Technology is seemingly improving every day, seeing a quick increase in the speed and range that drones can travel and the payload they can carry.

Amazon is pushing particularly hard in this field with Amazon Prime Air. If all goes to plan, soon you could have a small parcel delivered to your door in less than 30 minutes from the moment the order is placed, completely autonomously while also avoiding obstacles like people and clotheslines.

So, the next time you order a Lost in Space box set or the latest Terminator or Transformers Blu-ray, it might well be delivered to you by another robot. There’s no disguising that the real robotic celebrities are no longer make believe. 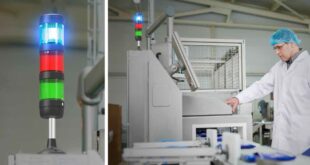 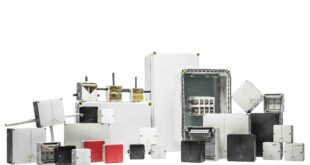 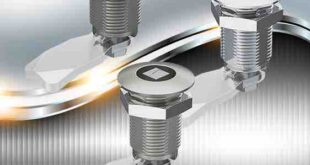 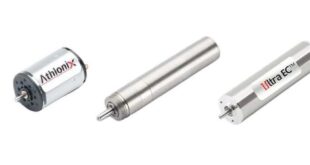 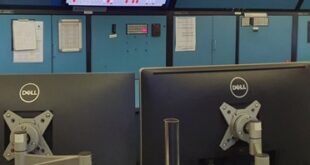 Traditionally, PC-based SCADA systems were the only tool in the instrumentation and control engineer’s toolbox … 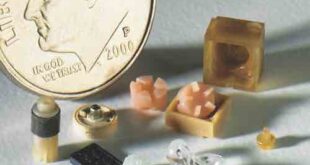