Mark Jeffrey explains what rugged boards are really made of

“Extraordinary circumstances often bring along with them extraordinary strength,” wrote the political philosopher William Godwin. The ethos extends to printed circuit boards (PCBs) for extreme applications, be they military, rail or aerospace. Many manufacturers are quick to claim that their boards are rugged.

PCBs are used to mechanically support and electrically connect electronic components in all but all the simplest of electronic products. Even more impressive are the large number of embedded computers that are used in harsh environments, where they can be subjected to extremes of temperature, shock, and vibration.

This can include for extreme rail applications in systems like media converter boards, or devices that monitor vibrations and other data from train engines or the rails of the track.

A basic PCB consists of a flat sheet of insulating material and a layer of copper foil, laminated to a substrate. The copper is divided into separate conducting lines — called tracks, circuit traces or pads — through chemical etching. This allows connections to pass between the layers of copper between solid conductive areas. It creates a more compact and reliable system compared with discrete wired enclosures, and also improves the overall reliability of the system.

Heat is usually the biggest consideration when designing PCBs for extreme applications. In terms of designing the board, this entails laying out the components in such a way that heat generating components are not near other components, which may be affected by heat.

Another consideration is that some manufacturers will state that a product is rugged because it is “wide temperature”. It generally means that it can function properly over a temperature range of minus 40 to over 85˚C. This goes back to the early days of the embedded computer market when wide-temperature versions, if available, were harder to buy and much more expensive.

Today, most common components have wide temperature rating and the cost gap isn’t as large as it used to be. But wide temperature operations are about more than just the components themselves. Variabilities in timing — in memory components, for example — or value (in capacitors) are still affected by temperature.

Sufficient margin must be built into the design to guarantee suitable performance – which is where it’s necessary to collaborate with an experienced designer of PCBs.

One such specialist is Diamond Systems, a supplier and partner of Recab UK. Given that the high-temperature range presents a challenge for today’s latest embedded processors, Diamond Systems recommends a 15˚C operating margin. So, to achieve an 85˚C ambient operating temperature, a processor rated for 100˚C maximum is recommended.

Since 1983, Recab UK, formerly known as Diamond Point International, has been at the forefront of designing and manufacturing bespoke computer systems. This includes PCBs and enclosures, for original equipment manufacturers (OEMs) and system integrators.

Recab UK’s product development is reinforced by extensive testing. Specifically, through the use of a temperature chamber that tests the PCBs, operating normally while specially designed software exercises the memory, at temperatures of between 40 and 100˚C. Testing can take place over periods of 24 to 48 hours to ensure there are no errors or out-of-the-box failures.

Heat dissipation is another critical element in ruggedness, particularly as most PCBs are used in outdoor applications and subjected to extremes of temperature. Lower temperatures are typically less of an issue, due to the natural self-heating of electronics. Embedded processors can be more limited at high temperatures.

Another requirement is that some power signals to the board’s inputs and outputs (I/O) must be isolated. After all, extreme environments can present extreme voltages in some cases.

Recab UK tries to ensure that all its customers’ analogue or digital I/O requirements are satisfied, within the desired voltage widths and ranges. This is where power filters designed for use with direct current to direct current (DC-DC) connections can be used according to the RIA12 standard for protecting electronic equipment from transients and surges in DC control systems.

To satisfy these requests, certain modifications were made to the board both to ruggedise it and make it more reliable.

Enhancements included conformal coating to minimise the effects of moisture and fungus, and an additional pin header was installed to improve the PCB’s rigidity.

Diamond Systems delivered over 18,000 units of this product over a 13-year period. As an example of good design practice, even though the processor and companion chip were rated for only zero to 70˚C, Diamond Systems achieved virtually 100% yield from burn-in testing – a full minus 40 to more than 85˚C burn-in for each board – and experienced zero returns for temperature performance over the life of the program.

Unsurprisingly, I/O requirements in military applications are tougher than most other industries. While power suppliers are roughly the same compared with other extreme applications such as rail, more filtering is required on the I/O to avoid electromagnetic interference (EMI). Temperatures are also wider, sometimes 40 to 85˚C.

In one case, a customer approached Recab UK with a requirement for a motherboard with multiple serial I/O and Gigabit Ethernet channels. This was for a military application, specifically for capturing video streams and controlling devices through serial ports.

The customer had several key requirements including that the technology worked with a modern Intel Core i7 processor and various types of serial ports.

They included four RS-232 serial ports, which are most popular for PCs but limited in distance and susceptible to noise; ten RS-422 serial ports, suitable for longer distances and noise resistance; and two RS-485 serial ports, that are similar to RS-422 but can have multiple commanding and multiple listening devices but is easier to programme. There was also a requirement for nine Gigabit Ethernet (GbE) ports, three mini PCI express slots for expansion, with a global positioning system (GPS) built-in.

These requirements needed a significant amount of I/O that no off-the-shelf motherboard would be equipped to provide. Recab UK turned to a COM Express solution, a highly integrated and compact PC that can be used in design applications like an integrated circuit component.

A Kontron type 6 COM Express (COMe) module with a VxWorks board support package (BSP) was chosen as the core module. A BSP is a layer of software containing hardware-specific drivers and other routines that allow a particular operating system, in this case, the VxWorks real-time operating system (RTOS), to function in particular hardware environments.

A carrier board was designed to meet the customer’s requirements. Two quad-port Intel Ethernet controllers were integrated onto the carrier (in addition to the single GbE coming from the type 6 COMe module) to provide the nine Ethernet ports.

Two eight-port serial UART ICs were integrated along the appropriate level shifters to provide the serial I/O required. GPS was realised through a Trimble surface-mount GPS receiver. Three miniPCIe slots (each with SIM slot) were also provided for expansion. Everything connected through standard IDC pin headers to the customer could make their own cables.

Going forward, Recab UK predicts an upswing in demand for PCBs driven by requirements surrounding the Internet of Things (IoT) and the need to mechanically support and electrically connect components.

This is expected in military applications, but less-so in aerospace. Britain’s exit from the European Union may also help in driving more inward investment towards UK companies. For now, our support continues in varied applications where PCBs can prove so crucial — and ensure that extraordinary circumstances are equipped with electronic components that are up to the challenges. 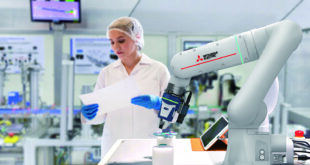 Want a robot but don’t know where to start? 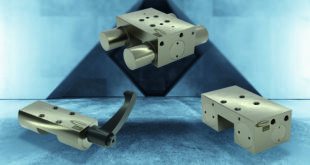 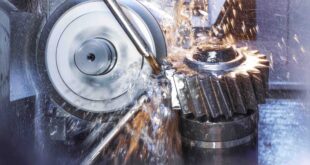 Gears: what is the role of precision metrology 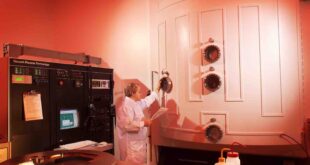 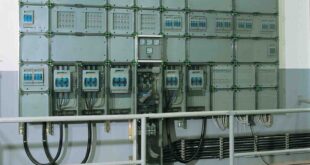 David Bean looks at the fundamental aspects that need to be considered, including suitable system …