Each product benefits from the low-power 10nm technology of the Intel Atom x6000E processors, as well as doubled graphics performance for up to 2x 4k and 50% higher multi-thread computing power compared to their predecessors on up to four cores.

The other range of COMs is based on 11th Gen Intel Core processors (code name: Tiger Lake).

“There is a continually growing need for high performance, low energy computing in edge applications,” says Martin Frederiksen, managing director of Recab UK. “Whether these are fanless edge systems in harsh industrial or rail environments, or real-time network systems in the water industry, COMs have long been the go-to choice for edge applications.

“The new boards and modules from congatec allow for even greater computing power in edge applications, providing vast improvements to graphics-intensive processes such as medical imaging, security video stream analysis and immersive digital signage. They also support real-time operation, connectivity and hypervisor technologies, which are invaluable in modern Internet of Things (IoT) applications.

“As with all COM-based systems, effective baseboard design is imperative to ensure that systems perform as efficiently and effectively as possible. We’ll be leveraging our extensive experience in baseboard design for connected embedded systems, alongside our network of market-leading partners, to ensure system engineers in the UK can make the most of this next generation COM technology.”

Both the 11th Gen Intel Core and Intel Atom x6000E Series boards and modules from congatec have native extended operating temperatures from -40 to +85˚C, making them ideal options for harsh environments that require ruggedised systems. 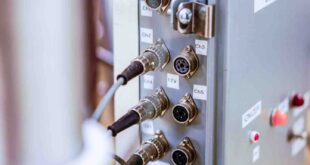