Paragraf has demonstrated the ability of its graphene Hall Effect sensors to withstand high levels of radiation.

The discovery, based on testing from the National Physical Laboratory (NPL), proves that ‘unpackaged’ Hall Effect sensors can be used in high-radiation environments such as space. The project was funded by Innovate UK, the UK’s innovation agency.

Used to measure the magnitude of a magnetic fields, Hall Effect sensors are a critical electronic component in a variety of applications, from proximity sensing and speed detection through to current sensing.

However, historically, their deployment in high-radiation environments such as satellites and nuclear power plants has faced significant challenges. This is because conventional sensors made from silicon and other semiconductor materials react adversely to neutron radiation, unless they are encapsulated in radiation-hardened packaging. This entails a more complex, lengthy, and costly manufacturing process and may require the sensor to be replaced over time if, for example, the packaging is damaged.

By contrast, tests conducted by NPL have shown that following exposure to a neutron dose of 241 mSv/hour – which is about 30,000 times the expected typical neutron dose rate in the International Space Station – Paragraf graphene Hall Effect sensors are not affected by this level of radiation. This is the first time that a commercially available, graphene-based electronic device has proved impervious to neutron irradiation.

In situations where power and weight savings are as critical as radiation tolerance, for example on satellites and other space vehicles, Paragraf Hall Effect sensors really come into their own – requiring only pW’s of power and weighing only fractions of a gram.

Ivor Guiney, co-founder of Paragraf, commented: “NPL’s findings have the potential to be a game changer when it comes to high-performance satellites and other critical high-radiation applications such as nuclear decommissioning. Due to the exceptional mechanical strength and high transparency of graphene, our Hall Effect sensor can be used reliably in high-radiation applications without requiring packaging. This is key to improving reliability and durability while reducing manufacturing costs and time to market.”

The ability of graphene Hall Effect sensors to perform under high-radiation conditions will pave the way for the deployment of a broader range of electronics in harsh environments.

Thanks to Paragraf’s scalable manufacturing process for large-area graphene deposition, it may soon be possible to produce other radiation-resistant graphene-based electronic devices. This will help ensure that all critical electronics, beyond sensors, are reliable and durable even in harsh environments.

Héctor Corte-Leon at NPL added: “Our first set of findings is very promising, and we are now expecting more positive outcomes over the next few months. Testing graphene-based electronics is key to demonstrating whether they can be used in harsh environments where, traditionally, their deployment has been limited.”

Graphene Hall Effect sensors from Paragraf are now set to undergo further radiation testing (alpha, beta and gamma radiation) as well as high-frequency testing. This is expected to open-up new opportunities across critical applications such as current sensing.

The project, funded by Innovate UK, the UK’s innovation agency, started in October 2019, and is due to run until the end of 2020. 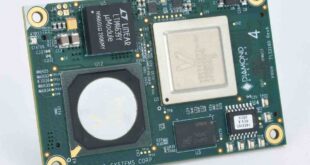 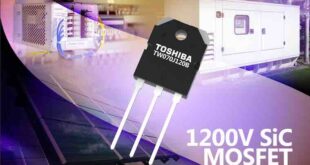 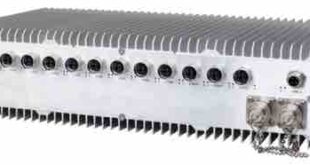 The growing importance of Ethernet switches 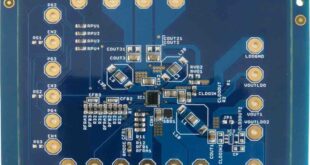 Rutronik UK is now stocking the NJW4750 from NJR, one of the smallest 4-channel Power … 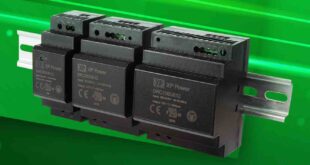