Electric motors are the backbone of manufacturing, but they are also among the most energy-intensive pieces of equipment. More than 65% of electrical energy in industry is consumed by motors, and the annual cost of running one of them can be up to 10 times its original price. Neil Ballinger reports

The latest Energy Consumption Report produced by the Department for Business, Energy & Industrial Strategy shows that between 2000 and 2019, the industrial sector reduced the amount of energy used to produce a unit of output by a third.

Sustainability concerns, as well as the necessity to cut costs and increase profit margins, are encouraging manufacturers to invest in the latest energy efficient technology.

However, improving the energy performance of an electric motor does not necessarily mean swapping your trusted favourite for a new one — maintaining it properly and installing a few relatively inexpensive add-ons can be enough to drastically cut costs in the long run.

The load factor represents the average load of a motor compared with its capacity over a specific period of time. The load factor significantly impacts the energy consumption of an electric motor.

Motors are most efficient when operating at full or near full load conditions, and the highest energy efficiency is achieved at load factors of 75 to 80 per cent. However, efficiency progressively decreases at a load factor of 50 per cent or less.

As a result, it is essential to install the right motor size for your application. Bigger is not always better — in fact, an unnecessarily large motor capacity will substantially increase your electricity bill.

Variable speed drives (VSDs) regulate the speed and rotational force or output torque of a motor, so that it matches the speed required by the process is it driving. Without a VSD, your motor will run at full capacity all the time, even when a much lower speed might be sufficient to effectively power your application.

Using a VSD can reduce a motor’s electrical consumption by up to 55%. This means that in some cases, the initial investment for a VSD can be amortised in just a few months. In spite of this, less than 10% of all electric motors used globally are equipped with VSDs.

As obvious as this might sound, leaving a motor on when not in use is not only wasteful, it also leads to overheating and ultimately shortens your device’s lifespan. Using an automated switch-off system can be helpful to give your motor a break whenever possible.

To reduce the strain of frequent start and stop, you can also invest in a soft starter. This device can be added to an electric motor to limit the surge of current and torque that characterises the start-up process, to achieve a smoother, more gradual start.

Not only will a soft starter reduce your motor’s energy consumption, it will also limit mechanical stress on the motor, its shaft and the power cables.

Improving your factory’s energy efficiency is not always synonymous with replacing your equipment with brand-new alternatives. Even though energy efficient motors can be a great long-term investment, with these simple tricks you can cut the energy consumption of your existing devices, while also extending their lifespan. 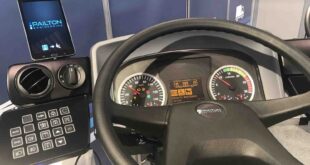 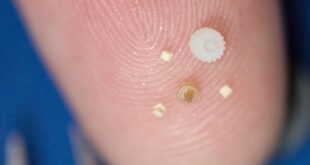 The era of smart connectivity

For businesses all over the world, technology like 5G, the Internet of Things (IoT) and …