Home / News, Views and Opinion / What are the next steps towards a clean energy future?

What are the next steps towards a clean energy future?

admin 10th December 2021 News, Views and Opinion Comments Off on What are the next steps towards a clean energy future? 274 Views

The COVID-19 pandemic has shown the world how quickly global threats can take over, making this years’ Conference of the Parties (COP), COP26, the most imperative yet. As the world’s leaders debated how to limit climate change, phasing out coal power became a vital discussion point. Simone Bruckner explores the energy goals made at COP26 and the technology that can help achieve them

From the UK going coal-free for two months in 2020 to Venice’s canals clearing of pollution, restrictions during the COVID-19 pandemic had several positive effects on the environment. While these consequences were cause for short-term celebration, the pandemic highlighted the significant impact normal lifestyles and industrial operations have on our planet.

In addition, despite temporary reductions in greenhouse gas emissions during the pandemic, the United Nations (UN) United in Science 2021 report found that their concentration in the atmosphere continues to rise. Alarmingly, the report also concluded that there’s a 40% chance that average temperatures in one of the next five years will be 1.5˚C warmer than pre-industrial times.

It’s clear that, while much of the world’s operations paused during the pandemic, climate change continued. This placed particular importance on COP26, with some viewing it as the last chance to save the planet from climate disaster. The resulting COP26 agreement calls for countries to accelerate the phasing out of coal and subsidies for fossil fuels. This is a world-first, as previous UN climate agreements have not specifically mentioned fossil fuels.

In pledges made at COP26, more than 40 countries committed to transitioning away from coal. In order to phase out coal power, countries must increase the proportion of clean energy in their networks. This will not only require scaling up of renewable projects, but also incorporating technology that increases their efficiency.

For instance, solar tracking can increase the efficiency of solar panels by using motorised systems to move the panels so that they are always in direct alignment with the sun. This increases efficiency by overcoming a common issue seen with solar panels, where their power generation peaks at midday.

Incorporating a solar tracking system can increase average solar panel power output by 35%, and high efficiency can be further ensured by incorporating a dynamic braking resistor. In the motorised system, a dynamic braking resistor can be installed to dissipate the excess voltage of a decelerating motor. This makes sure that the motor doesn’t overshoot, which would cause the panel to land in a sub-optimal position.

Another renewable energy system that can benefit from additional technology is wind turbines. The majority of wind turbines use a doubly fed induction generator (DFIG), which enables them to operate at variable speeds. However, in exceptionally high winds, the rotor speed of a DFIG can exceed the maximum operating range of the system. This in turn can lead to high voltages that destroy elements of the system.

Resistors to the rescue

With over 100 years’ experience in electrical engineering, Cressall is a trusted supplier of resistors to the renewable energy industry. For instance, our crowbar resistors for wind turbines can withstand high currents while remaining operational. In addition, our braking resistors for solar panels have no wearing components, so last as long as the panels themselves.

A commitment to phasing out coal power was a key outcome of COP26, and countries must increase their reliance on renewable energy if society is to bid farewell to fossil fuels. However, incorporating more clean energy into the network requires not only scaling up installation projects, but also taking advantage of advanced technology that can increase the efficiency of power generation. 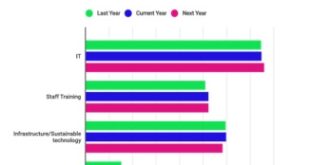