Home / Design / How the increasing uptake of automation will change workforces

How the increasing uptake of automation will change workforces

UK General Sir Nick Carter has suggested that a quarter of the British army could be robots by the 2030s. However, the armed forces are not the only industry that is facing an increasing number of robot employees. Stewart Goulding explains how the rise of robot workers poses promise, not a threat

In his television interview, Carter said a large number of autonomous and remotely controlled machines could become integral to the armed forces. This comes after investment in robot warfare was a key component of the planned integrated five-year defence review.

However, defence isn’t the only sector that has placed automation firmly in its future plans. More than 60% of companies surveyed in the Future of Jobs Report 2020 by the World Economic Forum (WEF) expect the adoption of non-humanoid robots including drones and automation within five years, and more than 30% expect humanoid robots to become a part of their workforce.

Automation is helping many industries overcome the challenges our society faces today — particularly at a time where close human to human contact poses such risks.

A store in Japan has recently hired a ‘robot clerk’, which uses lasers to measure social distancing and guides shoppers around the store, while politely asking them to wear a face mask.

Robotic supermarket assistants were already in operation in Japan, performing tasks such as stacking shelves. Integrating robot workers has allowed people to work from home, as operators can remotely control the robot. Known for its ageing population, a future with more automation like in-store robots could also help address Japan’s labour shortage.

The proportion of robotic workers looks set to increase, leaving some jobs roles feeling under threat. But this does not mean human workers will become redundant. The WEF’s report concludes that human workers will still dominate more creative and communicative tasks, with decision-making, analytical thinking and emotional intelligence all listed as highly in demand skills.

Tools of the trade

Acknowledging automation as a friend not a foe, companies will need to invest in new equipment and training courses to upskill employees and prepare them for the future of work.

However, for automation to act as a supplement to human skill, it must be equipped with the right parts for the job.

As robots take on more responsibility, they must be reliable and able to work independently with minimal intervention — leaving humans free to focus on other tasks. DC motors play a key part in delivering this reliability, giving automation the continuous power and control it requires.

For example, the recently launched FAULHABER BXT series has winding technology that enables it to deliver class-leading continuous torque for its size allowing even small robots to perform swift and powerful movements. This is particularly beneficial in shelf stacking and warehouse operations.

The flat construction of the motors means they can be fitted into the robot while adding minimal bulk, keeping the system compact and lightweight, which is useful for navigating small shop aisles, for example. EMS is the sole UK supplier of FAULHABER motors, which are all made in a high precision manufacturing process that makes them reliable and repeatable.

As robots migrate from their dark factory corners to more familiar settings, the workforce must be ready to adapt. By providing the best tools for human and robot workers alike, a more productive workforce can be created that is beneficial to all. 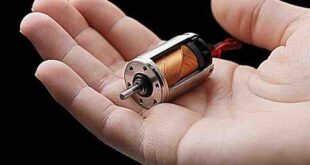 How the choice of coil impacts motor specification

What are four key actions to strengthen process resilience? 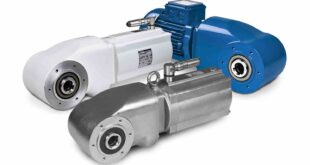 Is Time-Sensitive Networking the future of industrial communications?