Standard etching chemistries do not work when applied to titanium
Share

The demand from many sectors of industry today is for the use of light-weight but strong metals for a variety of applications.

As such, titanium is often the material of choice for components used in end-use medical and aerospace products due to its high strength-to-weight ratio, its biocompatibility, corrosion resistance, extensive temperature range, and low thermal expansion co-efficients.

But titanium is a notoriously difficult to process metal, due in no small part to its inherent attributes. It is time-consuming and extremely awkward to machine, and abrasion-based technologies produce a lot of waste, which with such an expensive metal is to be avoided.

Even when considering the use of next generation metal processing technologies like photo-chemical etching (PCE) — which is a ‘corrosive’ process — anti-corrosive titanium presents issues that have to be overcome by an intelligent and well-informed focus on etchant chemistries. Very few etching companies possess the know-how and understanding of the PCE process to be able to produce such etchant chemistries, which explains why so few PCE companies can produce titanium parts with the required geometric complexity and accuracy at volume.

PCE is the go-to metal fabrication technology when the focus is on the production of highly accurate, geometrically complex, feature-rich, burr- and stress-free parts and components. It consists of a number of steps, some of which are fundamentally different from legacy metal fabrication process, and which open up an array of hitherto impossible opportunities for designers and manufacturers.

First, and most obviously different from traditional production processes is tooling. For PCE, there is no need for hard tooling with all that this requires in terms of cost and lead-time, but instead the process uses digital photo-tools created from customer CAD data. Most PCE suppliers use digital photo tooling created on films, but PCE tools can also be produced on glass which can achieve greater precision and attain tighter tolerances.

Glass photo tooling can achieve tolerances in the range of 1-2microns, and negates issues with distortion due to environmental factors such as humidity that are a constant problem when using film tooling. Using glass tooling, over a 700mm etch area, it is possible to consistently achieve 5-10micron tolerances, whereas PCE companies using film-based tooling can only claim 50-60micro tolerances.

Digital photo tooling is by its very nature quicker to make than traditional tools for such processes as stamping, has a higher resolution, and exhibits greater life-time stability.

Once the digital tool is created and arrayed in such a way as to maximise the number of units per sheet, the metal to be processed is prepared and cleaned, and then the photoresist is applied.  Once in place, the phototool image is applied to the metal sheet, and reacts with the photoresist.

The phototool allows UV light through in some areas (which harden the resist) and blocks it in others (meaning no hardening or curing). The etchant is then applied to the sheet, dissolving the bare metal but not the metal covered in resist. Finally the resist is removed, and the sheets of finished components are ready for inspection and packaging.

The easy-to-produce and low-cost tooling used in the PCE process allow for inexpensive design iterations, and therefore opens up design freedom and the ability to embrace trial and error without significant impact on product development schedules. It also makes the process equally attractive for development, prototype, and production volumes, and makes ramp up to high volumes simple and inexpensive.

The digital tooling also means that geometric complexity of designs is almost limitless, and the process is unique in that the link between increased complexity and increased costs is broken. This allows designers to innovate and experiment, and as such PCE is a truly disruptive technology. PCE also allows the production of different geometries at the same time on a single sheet of metal, which is a huge cost saver when using the process.

PCE also introduces no stresses or thermal degradation in parts being processed, meaning parts are free from damage and inconsistencies, and the process can be applied to a huge range of metals.

Processing titanium with traditional metal processing technologies is difficult and in some instances can be hazardous. Titanium is very strong, exhibits low thermal conductivity, and can be chemically reactive with tool materials at high temperatures.

This means that tools may not work the metal effectively, and will wear out disproportionately quickly.

In addition, the relatively low Young’s modulus of titanium alloys leads to spring-back and chatter when machining causing poor surface quality on the finished product. Also, if turning and drilling, long continuous chips are produced, which can lead to entanglement with the cutting tool, making automated machining nearly impossible.

Conventional processing methods when applied to titanium can take up to 100 times longer to make components than is the case when processing alternative metals.

Production methods for processing titanium need to be fast and minimise waste to be considered economical, and here PCE comes into its own.

However, while PCE overcomes some of the issues faced by conventional metal processing technologies, standard etching chemistries do not work when applied to titanium, and so the focus is on adapting the science so that the inherent characteristics of titanium which prohibit machining are overcome.

One such issue is that when exposed to air, titanium forms a protective oxidised coating which is extremely difficult to dissolve, and so etchant chemistries have been developed that cut through this layer and allow the processing of the base material.

Most of the limited number of PCE suppliers that can process titanium turn to the use of hydrofluoric acid as an etchant material, but this is a hazardous and potentially environmentally damaging substance, and the requirements for chemical containment and extraction means that it is an expensive process and one that adds cost to finished parts.

micometal (incorporating Etchform and HP Etch) is one of the only PCE providers that does not use hydrofluoric acid, and therefore customers can benefit from the strength, light-weight, heat and corrosion resistant attributes of titanium at a low cost and without the use of dangerous chemicals.

Previous Quick connection technology for connecting copper, PEX, and CPVC pipes
Next Want a robot but don’t know where to start? 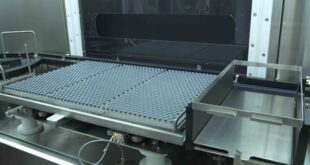 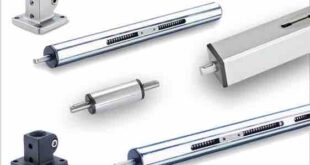 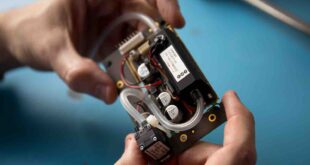 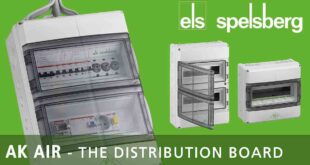 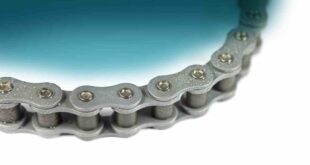