Last year, the UK Government announced plans to invest £160 million into offshore wind farms, which is estimated to generate enough electricity to power every home in the UK by 2030. Martin Frederiksen reports

In October 2020, the UK Government announced plans to invest £160 million to upgrade wind turbine factories and ports. These plans could allow the nation’s offshore wind farms to generate enough electricity to power every home by 2030.

During the announcement, UK Prime Minister Boris Johnson said that this financial support could also be used for the onset of floating offshore wind power, which would allow wind farms to be anchored in deep water, west of Scotland. Here, the environmental conditions are challenging but the winds are strong and consistent.

Despite having the potential to increase the UK’s total energy capacity by 400%, there are significant drawbacks to floating wind farms.

Think back to August 2019 when the UK suffered a national power outage, leaving millions of homes without power and many commuters stranded. This was one of the worst blackouts seen in the UK in over a decade, but nevertheless, the impact was minimised because the National Grid Electricity System Operator (ESO) uses a reactive system to balance supply and demand.

The precise timing devices installed at each of the country’s power plants meant that the ESO was able to kickstart a back up system and supply was returned to all customers within 43 minutes of the outage occurring.

Floating wind farms would be unmanned and inaccessible, so if an outage was to occur, the operator would have to rely on remote monitoring technology to signal an issue. You might think that one floating wind farm would have an insignificant impact on the grid, but it was actually a technical fault at Hornsea wind farm, located in the North Sea, that partially caused 2019’s outage.

Over the past year, more offshore wind operators have approached Recab UK for systems and projects that would help with precise remote monitoring. Trimble’s time and frequency products, like the Acutime 360, use the accuracy of GNSS-satellite clocks to provide precise timing, synchronisation and frequency reference signals.

The Acutime 360 contains an active patch multi-GNSS antenna with a proprietary pre-amp design and integrated bandpass filtering providing excellent performance against jamming signals. It also has a connector that supports both the power and data interface connection and two user-configurable RS-422 I/O communication ports. This is all supplied in a single, environmentally sealed enclosure, with a temperature range of -40˚C to 85˚C, making it ideal for the harsh conditions present off the coast of Scotland. It also supports NMEA 0183 and Trimble Standard Interface Protocol (TSIP), making it easy to integrate.

The product requires less than 1 Watt to operate. Once power is applied, the Acutime 360 initialises by itself, automatically tracking satellites and surveying its position to within meters. It can then switch to overdetermined time mode and generate a pulse per second output synchronised to within 15 nanoseconds, outputting a time tag for each pulse.

Offshore wind is already responsible for generating 10 per cent of the UK’s total energy, but with so much investment promised for the future, our reliance on wind energy is expected to increase.

To ensure that the UK Government’s financial backing pays off, floating wind farm operators must embrace digital technologies that offer reliable performance monitoring, while their feet remain firmly on land.

Why the plastics industry should consider generating its own electricity 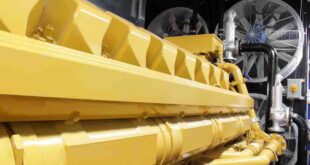 What operators should consider when upgrading back-up generators

Is the grid ready for electric cars?

Why businesses should consider generating their own electricity 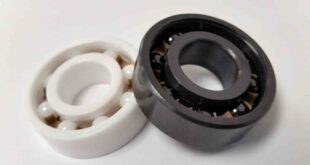 How bearings will be a key enabler of ocean power

Why decentralisation will transform the energy sector

The energy system is undergoing unprecedented transformation, fuelled by factors such as technological developments, geopolitical …